The Los Santos Emergency Medical Services or LSEMS is currently stationed at the Central Los Santos Medical Centre where it is bordered by Capital Boulevard, Crusade Road, Davis Avenue and Innocence Boulevard in the east of Strawberry, Los Santos.

Welcome to the March 2020 edition of the Los Santos EMS press release! Within this release you will find articles about our recent employee of the month and the journey he has taken to get to this point in his life, along with a articles about the new Chief of the LSEMS, the creation of the communications division, and a quote from the head of the CRU division within the MD. 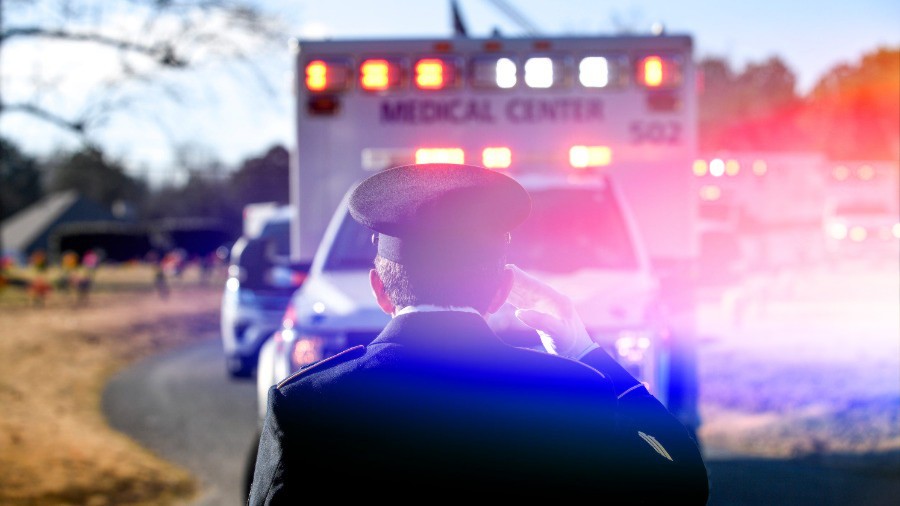 All the employees at the LSEMS would like to wish our former Chief, Erick Chavez a kind farewell, as well as to thank him for all that he has done for the LSEMS. Mr. Chavez's contributions to the LSEMS will never be forgotten, and the time he spent working through challenges and solving problems has contributed to the development of the department you see today. He is, and always will be, an integral part of the MD. We will miss you, good luck on your future endeavors!

"I feel incredibly honored and proud to be asked to service the people of Los Santos in the role of Chief of EMS. Working in the medical field has been a passion of mine ever since I was able to turn my life around from a troubled past, and dedicate myself to doing good for those around me." - Dr. Stan Abaddon, Ph.D and Chief of the LSEMS.

Mr. Abaddon has been appointed the new Chief of the LSEMS after a successful interim period. Dr. Abaddon has contributed greatly to the LSEMS, including his assistance in the formation and the growth of many divisions within the department. This experience, as said by him, "positioned me to understand what is working well, and where changes may be needed, and to provide the leadership to get us there." Dr. Abaddon is always looking for opportunities for the department to grow as a whole, and for everyone to improve. He provides leadership and encouragement, along with criticism, and urging employees to develop upon their skills if needed. Dr. Stan Abbadon is the ideal choice for the Chief of LSEMS, and us medics have faith that he will continue to contribute positively to the department and its growth. 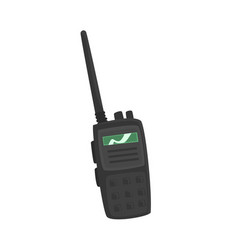 The communications division is a new and revised division headed by former Paramedic, John Santa. Communications will mainly specialize in communication between the LSEMS and the other major companies in the city in order to form contracts, and reach agreements. Mr. Santa states, "Communications is something I have been brewing for a while and is now with the help of some great members becoming something I can be proud of and continue developing!" Through hard work and dedication, Mr. Santa and started up a division that he planed to continue to nurture and grow. Unfortunately, Mr. Santa has resigned from the LSEMS, and the division is now in the process of appointing a new head; however, this does not mean the division will break down, instead it will continue operating as normal! Here's to the formation of the new division its prosperity! 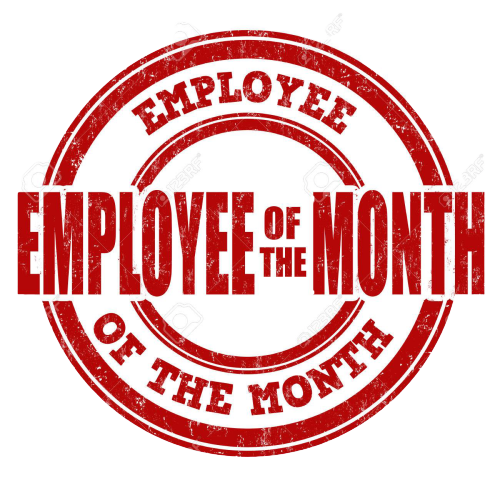 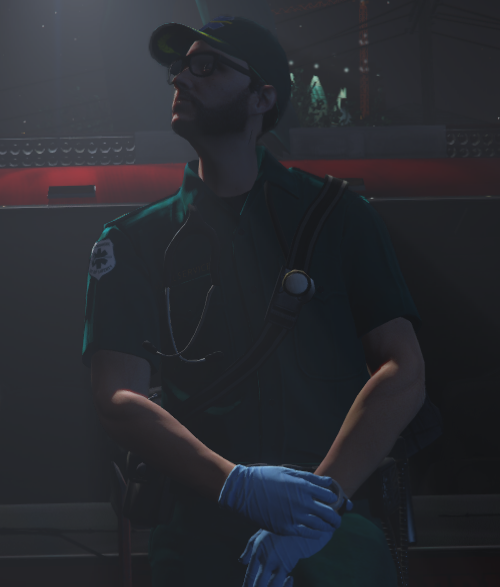 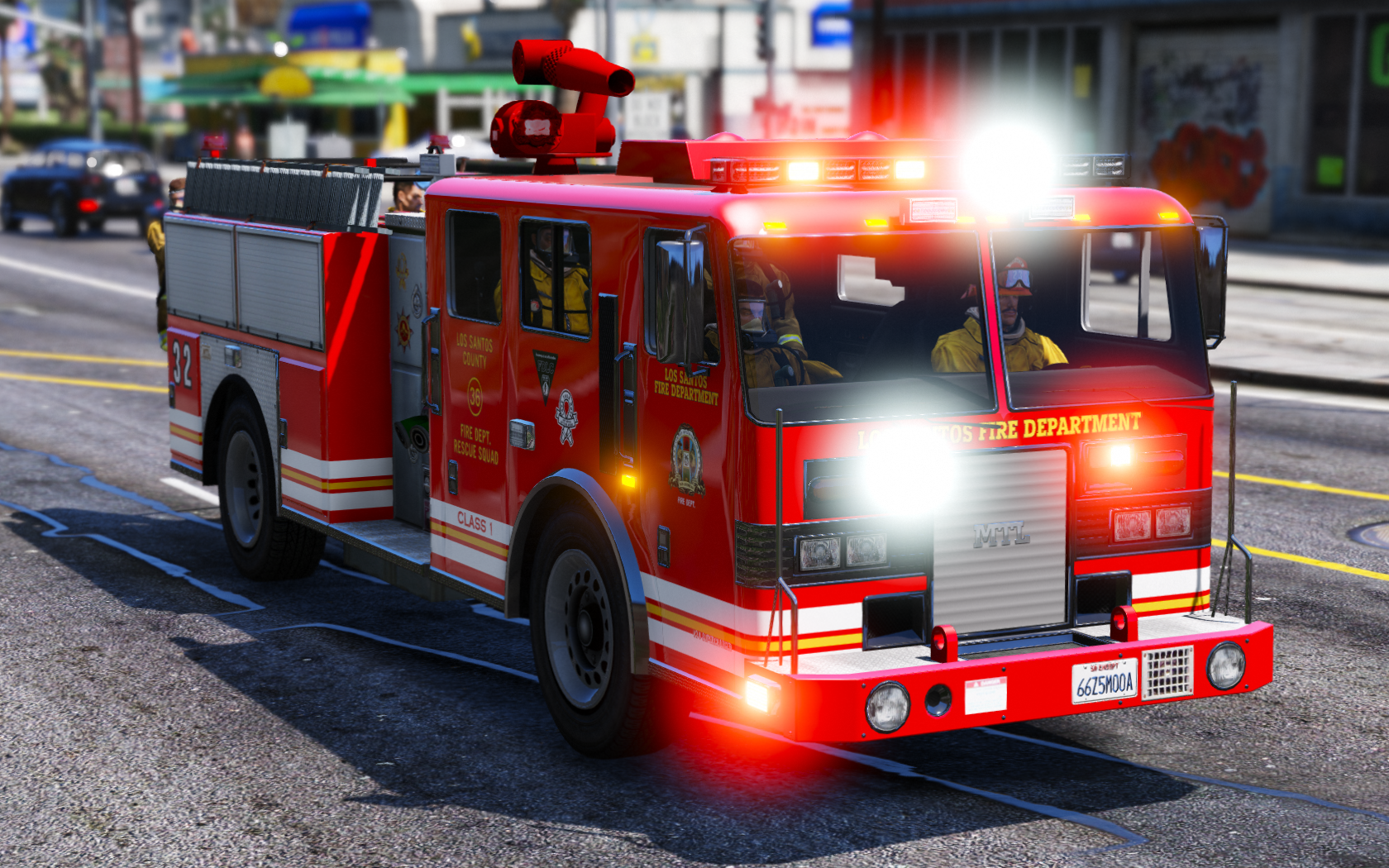 Alexander Olsson is on the left posing for a photograph and anticipating another busy day.


The entire EMS staff would like to extend a congratulations to Mr. Alexander Olsson for receiving the employee of the month award for the month of March, 2020. Mr. Olsson has proven that within a short amount of time, you can become something amazing given enough hard work and determination. In his short time at the Los Santos Emergency Medical Services, Mr. Olsson has already managed to attain the rank of Paramedic, as well as become a member of many divisions within the MD. Such divisions include, but are not limited to, the Assistant Head of the Fire Department, a member of the Air and Rescue Division, a member of the Forensics Division, and so on. Alexander Olsson is an asset to the Los Santos EMS and is determined to make a difference with his work. 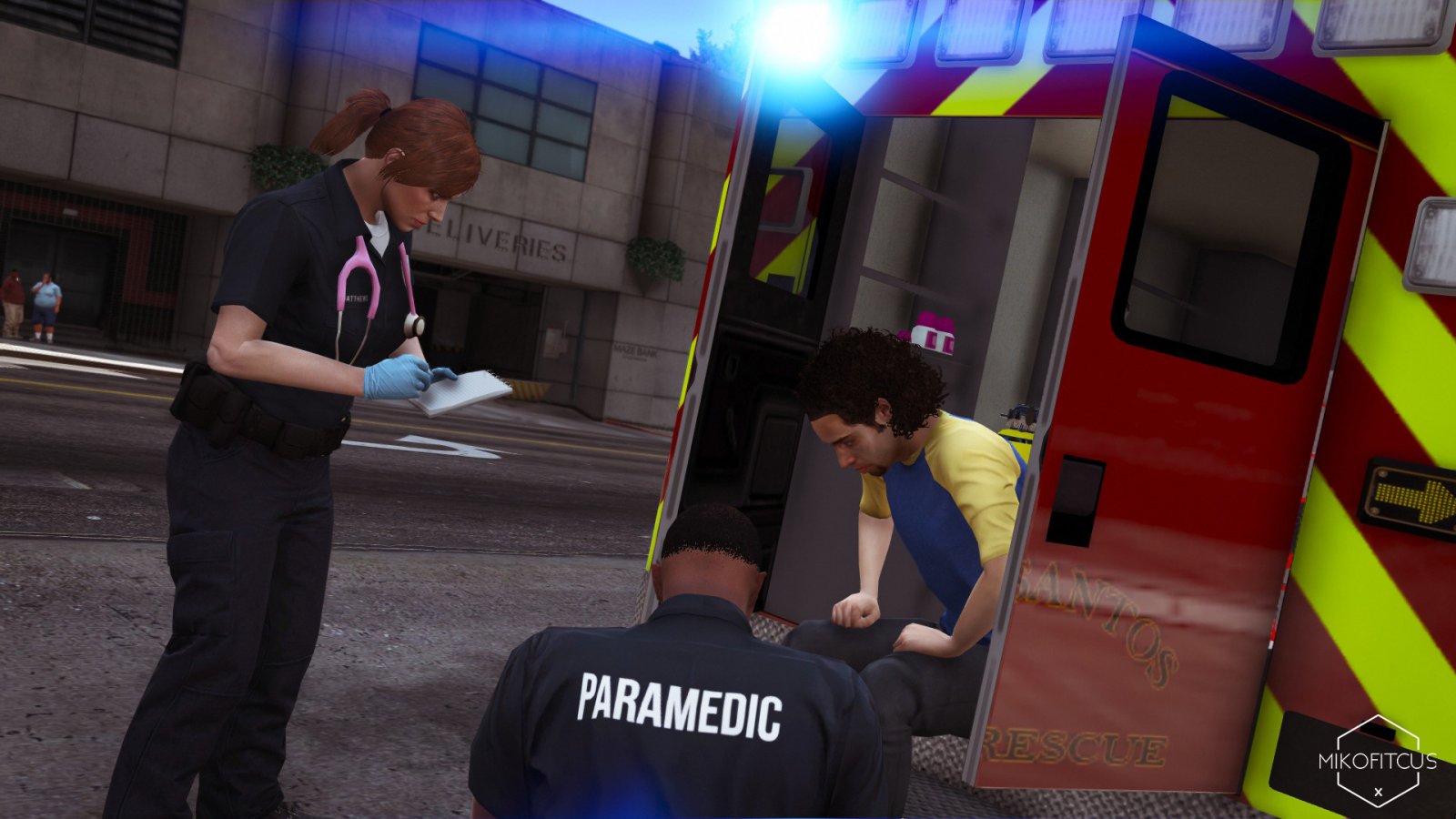 Being a paramedic means being quick, efficient, and thorough all at the same time.
Hard Work and Determination:
It is no surprise that Alexander Olsson is one of the most hard-working employees at the LSEMS, clocking in countless hours every week. These are hours that could have been spent doing other leisurely activities; however, Mr. Olsson decided that he would rather spend his time towards helping others and making the city of Los Santos a better place. Through thick and thin, he stuck with the job and never gave up on a problem without attempting to solve it.

Modesty:
When asked if he thought he deserved the award, Mr. Olsson said that he does not believe he does. Mr. Olsson takes note of all the effort that the people at LSEMS put into their work every single day, and instead of boasting about his own abilities, he instead mentions that he is not the most deserving of the award, and wishes to share that others in the department are exemplary candidates along with himself. It is important to remember that while one may be an amazing and competent worker, being modest and humble adds to one's personal image. Even through great achievements, Mr. Olsson continues to remain modest of his talents and believes that anyone can achieve the award with enough conviction.

Adaptability:
As a paramedic, there is no one way to solve a problem or to save a life. Out in the field, medics are required to use their intuition and their own common sense in order to decide the best action to perform in order to save lives. Mr. Olsson, as a Fire Fighter Instructor, pushes that adaptability is an important aspect of a good paramedic's personality. He notes that there can be a variety of situations that can be thrown at you as a firefighter and a regular EMT, and that being creative and the ability to adapt to the situation around you is the key to making it out alive in some cases. He especially praises those who are able to get any situation under control using their wits and their creative mind. 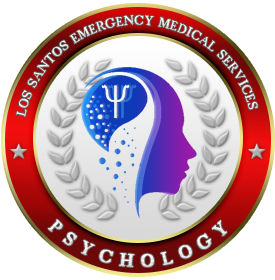 Mr. Quincy David has recently been appointed as the new head of the CRU division! We would like to congratulate Mr. David for his achievement. When asked about how he felt about the division, he replied,
"First of all, I'm honored to have been selected to be the new head of CRU. I showed interest in the head position when I had a deep connection with one of my CRU patients, and I went way outside of the book. Ignoring protocols and trying to make a connection person to person, as opposed to doing the job the way I was taught. This taught me that when attempting to make a connection with them rather than being robotic, I had a much higher success rate with my patients, as did others within the division. I've already cracked down and redone the entire handbook, and it's going to be posted within the next few days. Once I finish the training protocols and hire my psychologist, I will be opening the division via application. I want CRU to be for more than what it is. I want people to trust us. I want people to be able to put forth their problems unto us whenever they need us. Scheduling appointments, getting prescribed medications before fatal incidents happen. I want Los Santos to know that they can put their trust in me, as well as my CRU members and psychologist. This division deserved a rebuild, and so did the people within it."
Mr. David is very passionate about forming connections with the citizens of Los Santos, and wishes for everyone to know that he cares, and that he is not only a robot repeating the same lines over and over again. He is hard-working and very well-deserving of his appointment to the head of the division. 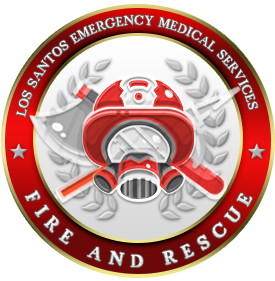 Find any dangerous chemicals in the city? Car on fire or stuck in a vehicle? Call the Fire Department! If you or someone you know is in a perilous situation requiring the assistance of the Los Santos Fire Department, place a 911 requesting a paramedic and mention that you also require FD assistance! Fire Department related calls include: mysterious chemicals on the floor, fires of any sort, vertical rescues involving ascension or descent, and other fire-related situations. The Fire Department will respond with a fire truck and come to your aid in the best way possible. Please do not be afraid to give us a call! 911.

LSEMS Ridealong Application Status: OPEN
Do you want to get a feel of what it is like being the first on scene? - Click Here!
Apply for a LSEMS Ridealong!*
*Subjected to background check

Please make sure to only use the parking spaces in front, or to the side of the MD when attending a Basic Life Support course.

Thank you so much for reading the first press release written by the communications division! If you have any questions or inquires, please do not hesitate to contact the head of communications, or any of the contributors of this release. Thank you again, and have a great day!

Users browsing this forum: No registered users and 1 guest